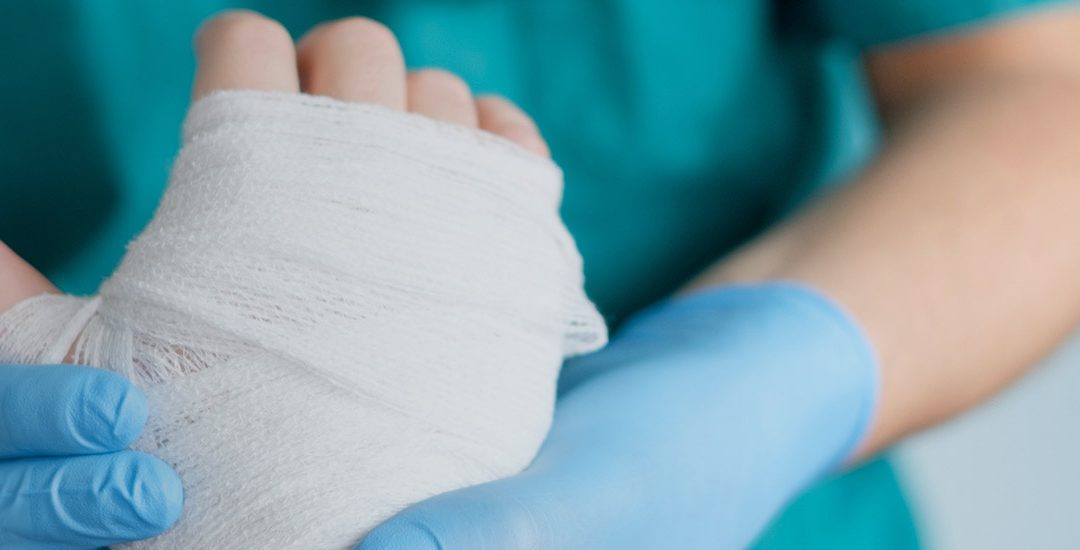 A painter and decorator injured his right wrist whilst on holiday in Italy after falling down seven rows of stairs at a football stadium.

The client experienced bruising on his legs and his wrist was tender. On his return back to London he experienced sharp pains from his wrist to his elbow when picking up items. He attended A & E at the Royal Free Hospital where it was found he had fractured his wrist. He underwent an operation that consisted of three holes put into his wrist with a pin inserted to keep the bone fracture stable and in the correct place.

After the operation he was then put in a plaster cast and experienced pain. His wife had to take care of his daily needs for three months, such as helping him shower, dress and go to the toilet. She also had to cut up his food so that he could eat.

He attended the hospital regularly to get his plaster changed and wound cleaned. He was put into a fiberglass plaster to help keep the pin in position, however this resulted in extreme pain and bleeding. The client’s concerns about having an infection were ignored by the hospital staff. The wound was surrounded by red and green substance and the pin inserted to hold everything together was clearly visible. The Plaster Technician pulled the pin out very easily, which the client did not feel at all. The wound was then cauterised by setting it on fire. The wound was bandaged up without a cast and the client was sent home.

A few weeks later it was found the wrist had re-fractured. He underwent physiotherapy and gradually started going back to work. His wrist seemed to have gradually deteriorated over the last eighteen months and an x-ray revealed worsening in the wrist.

He currently has continuing symptoms and pain in his right wrist which now cracks on certain movement. If he lifts anything heavy then he experiences shooting pain extending from his wrist to his elbow. This has limited his ability to carry out daily tasks and complete duties at work.

We successfully settled the claim for £60,000 in respect of treatment received from the hospital.

Lisa is our Associate within the Clinical Negligence Team. With vast experience of medical error cases, Lisa is ready to give expert, easy to understand advice to her clients to help them achieve the best possible outcome for their case.  Call Lisa now on 020 7395 8579 or email clinneg@ohparsons.co.uk

Where to find us